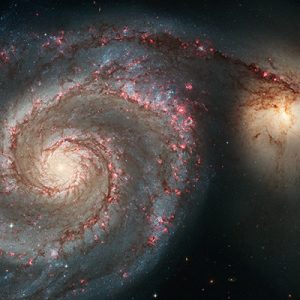 The astronomy group consists of eight faculty whose research focuses predominantly on extragalactic astronomy, with approximately equal emphasis on theory and observation. Active research areas include the following:

The astronomy group also uses the high-speed computing facilities of the Alabama Research and Education Network in Huntsville are available.

Dr. Dawn Williams is developing techniques to identify tau neutrinos detected by IceCube, which is the largest neutrino detector on Earth and is located at the South Pole.

Dr. Patrick Toale is also involved with IceCube, as well as with the High Altitude Water Cherenkov (HAWC) gamma ray observatory, which is currently under construction near the highest peak in Mexico (4100 m); when completed, HAWC will be the most sensitive detector of gamma rays for energies above 10 TeV.

Dr. Nobu Okada, a theorist, is investigating signals for new physics at the Large Hadron Collider and in astrophysical observations.